It is a fast and energy-efficient laser recording technique to create high-density nanostructures in silica glass known as 5-D (5D) optical disc technology.

New technology allows these tiny structures to be used for long-term data storage, providing a density 10,000 times higher than that on a Blu-ray disc. That means the technology can store 500TB of data on a single disk the size of a regular CD. 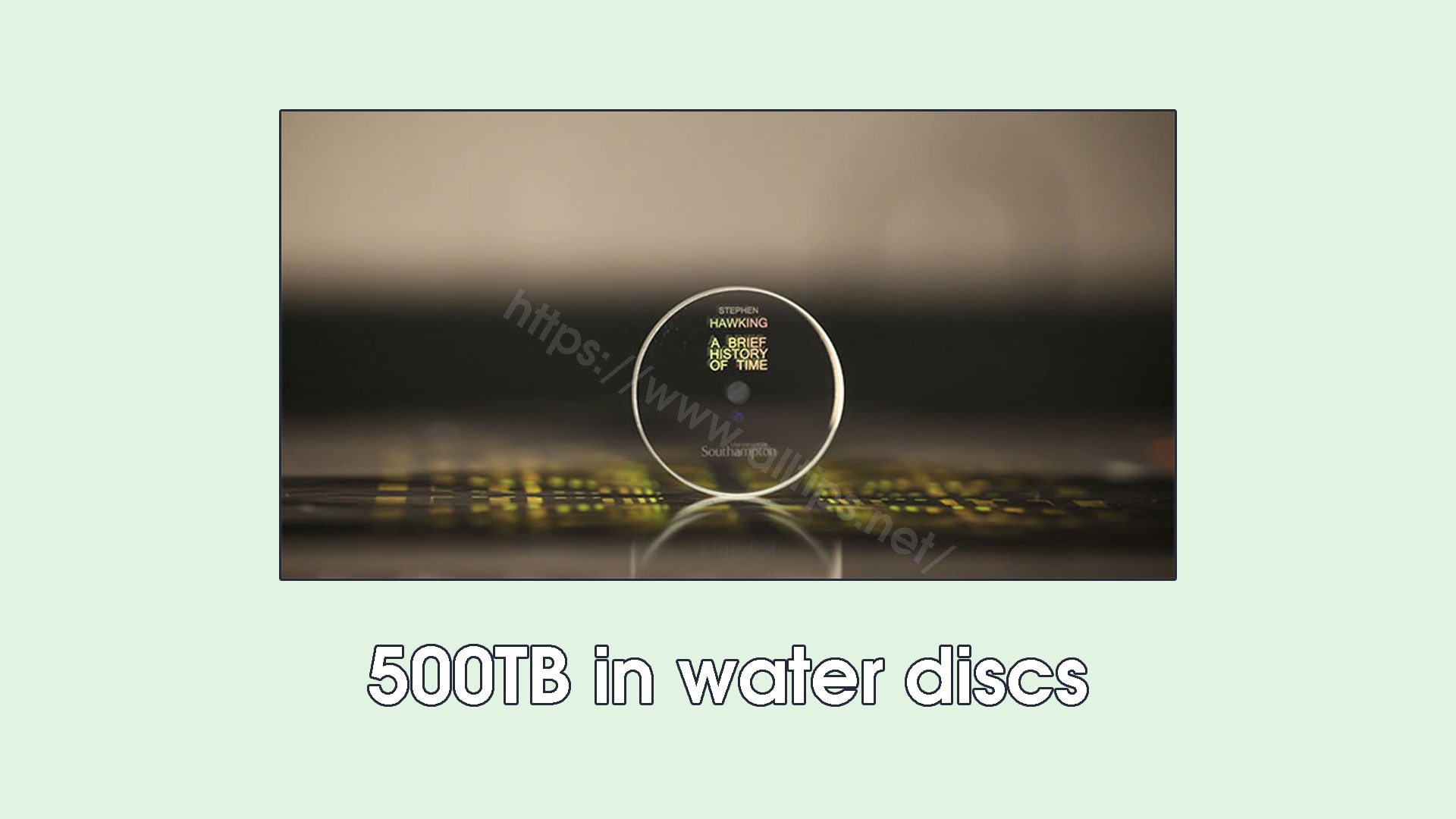 Scientists said that 5D optical disc technology, besides storing data in 3D space of data loggers, also depends on two more criteria, which are the strength and polarization of the beam. laser.

To engrave nanometer-sized details into a storage device, which is a hard disk made of silica glass, they use femtosecond laser beams, amplified beams of light, the scientists say. is projected for a very short period of time, but carries a huge amount of energy.

The team used an optical phenomenon known as "near-field enhancement", to create nanostructures with a few pulses of light weaker than a femtosecond laser to record data at a rate of 1,000,000 voxels. per second, which equates to 230 kb of data, or more than 100 pages of text, per second.

This technology is expected to have applications in preserving someone's DNA information or for long-term data storage for national archives, museums and the like. However, to put it into practice, scientists also need to develop faster reading methods.

Microsoft announced the time to declare from the OneDrive desktop app on Windows 7, 8 and 8.1